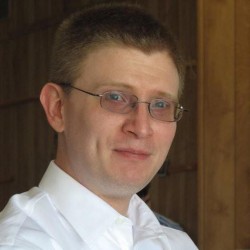 For PowerShell Core, we basically had to build a new engineering system to build and release it. How we build it has evolved over time as we learn and our other teams have implemented features that make some tasks easier. We are finally at a state that we believe we can engineer a system that builds PowerShell Core for release with as little human interaction as necessary.

Before the changes described here, we had one build per platform. After the binaries were built, they had to be tested and then packaged into the various packages for release. This is done in a private Azure DevOps Pipelines instance. In this state, it took a good deal of people's time to do a PowerShell Core release. Before these changes, it would take 3-4 people about a week to release PowerShell Core. During this time, the percentage of time people were focused on the release probably averaged 50%.

What we have done so far

After all these changes, we can now release with 2-3 people in 2 to 3 days, with an average of 25% time focusing on the release.

Details of the combined build

Azure DevOps Pipelines allows us to define complex build pipeline. The build will be complex but things like templates in Azure DevOps makes breaking it into a manageable pieces.

Although this design does not technically reduce the number of parts, one significant thing it does for us it put all of our artifacts, in one place. Having the artifacts in one place, reduces the input to the steps in the rest of the build such as test and release.

I'm not going to discuss it much, but in order to coordinate this work we are keeping diagram of the build. I'll include it here. If you want me to post another blog on the details, please leave a comment.

What is left to do

How I got syntax highlighting working in Ghost

How I got syntax highlighting working in Ghost

An Introduction to Error Handling in PowerShell

Decrypting the current MOF on WMF5

How to map downloads of the extension dependencies to your own location.